Onboard USS Valley Forge at the start of the war.

James Pride grew up in Florida but often moved around the south to Alabama and Georgia. Like many of his generation, he grew up during the Great Depression and WWII. As a young man, he worked various part-time jobs to earn an income to help support his family. 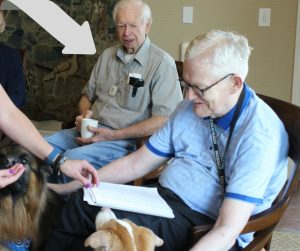 During his youth he saw ships attacked by German submarines off-shore in Florida and vividly remembered the day Pearl Harbor was attacked — he was just 10 years old at the time.

When he was in high school he moved again due to his father’s wartime construction employment. He recalled his high school graduating class contained a total of five students. James enlisted in the Navy because he “wanted to travel and always saw servicemen in his local community.”

He and his best friend and classmate enlisted together. But when they reported for duty, James was sent to San Diego, while his friend trained with Marines at a different location. 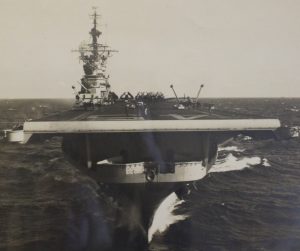 During the Korean War James served as an Aviation Technician E-5. While he was deployed he served on USS Valley Forge (CV-45) and USS Essex (CV-9). He supported the first combat strikes in Korea by the US Navy in July 1951 and saw continuous action for the next five months from the Pusan beachhead to the amphibious assault at Inchon.

Before the war officially began, James was onboard an aircraft carrier off the coast of Korea; it was the only carrier in the region. Their mission was to pick up planes still in Okinawa left from WWII and were doing this just days before the war began.

They also went to the Philippines for a few days, then went to Hong Kong and then departed for Australia. “During the night, while we were still in Hong Kong, an announcement came over the loudspeakers around 11:00 p.m. We were told North Korea had invaded South Korea,” James said. “There were many of us who didn’t know where that even was, geographically, but our carrier was summoned to sail to the region for war.”

James also shared that many of his shipmates were on leave for several days when this announcement was made. The sailors who were on leave were left behind, to be picked up by destroyers and then brought back to their ship in Subic Bay, where the destroyer met the carrier. 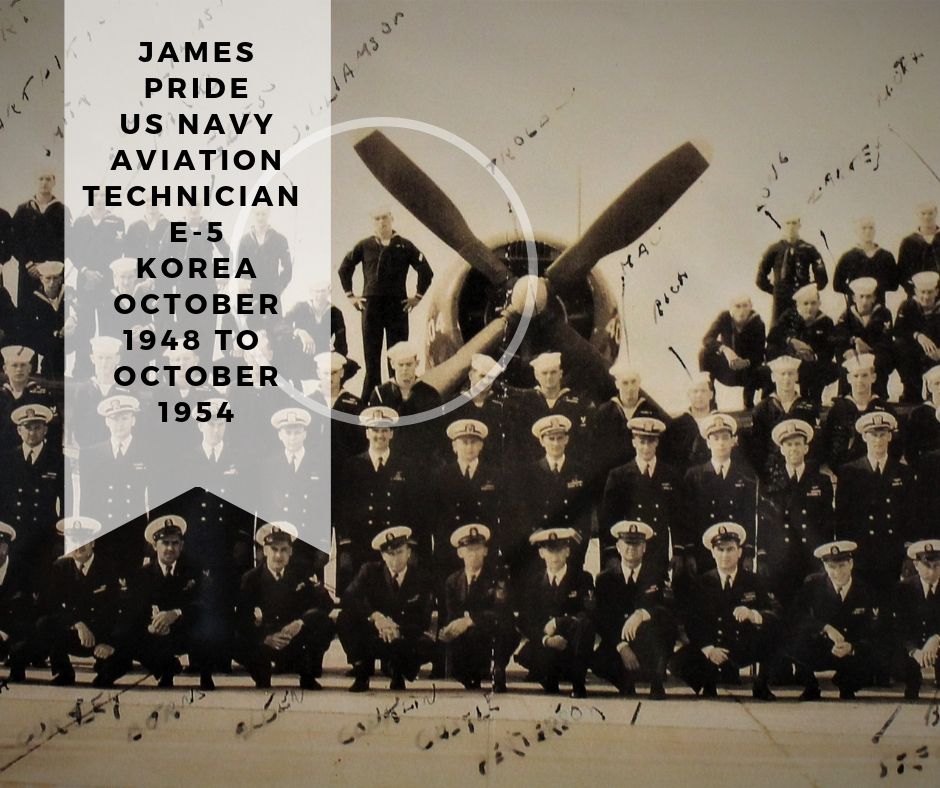 “During the war the Navy saved Korea,” he said. “When North Korea had moved across the 38th parallel, it was done so quickly. But the Navy with its planes came in and assisted. The Air Force was there but couldn’t fly because they couldn’t leave the bases open. Both the Navy and Marine aircraft really saved the area. We stayed for nine months.”

“The Marines went into Inchon, where one of the first group of KIAs (killed in action) was my buddy who enlisted with me,” James shared. He felt that MacArthur’s orders for the invasion, battle, and troops really helped in the war effort. 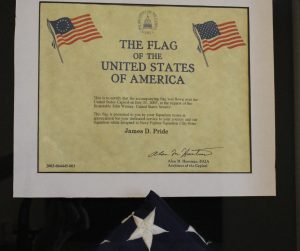 Recognition provided to James hangs on his wall along with a flag.

James civilian career had him work for several prominent businesses: Lockheed Martin to IBM. He travelled around the US living in Georgia, Cape Canaveral, Vermont and Virginia. During the time he worked for IBM, James purchased a farm in Warrenton and has lived in the area since.

James always wanted to be in the Navy and after completing his enlistment, he continued his education and went to electronics school where he learned about sonar, radar, and electronic communications. 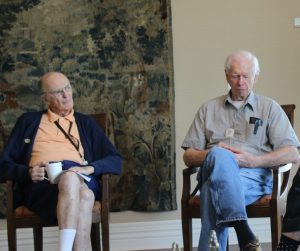 James later returned to Georgia and pursued academic classes at Georgia Tech. “This education help me to get the jobs I wanted,” he said. James continues to serve as life member of the Veterans of Foreign Wars (VFW) and is active with his local VFW Post 9835.

“If you ever visit these other places and see the conditions of other countries, you will understand what the flag stands for,” said James. “When you then come back home, you will feel much better about where you live. But younger generations need to know it is important to vote and understand what our country is about.”