Creating from the heart to spread holiday cheer. 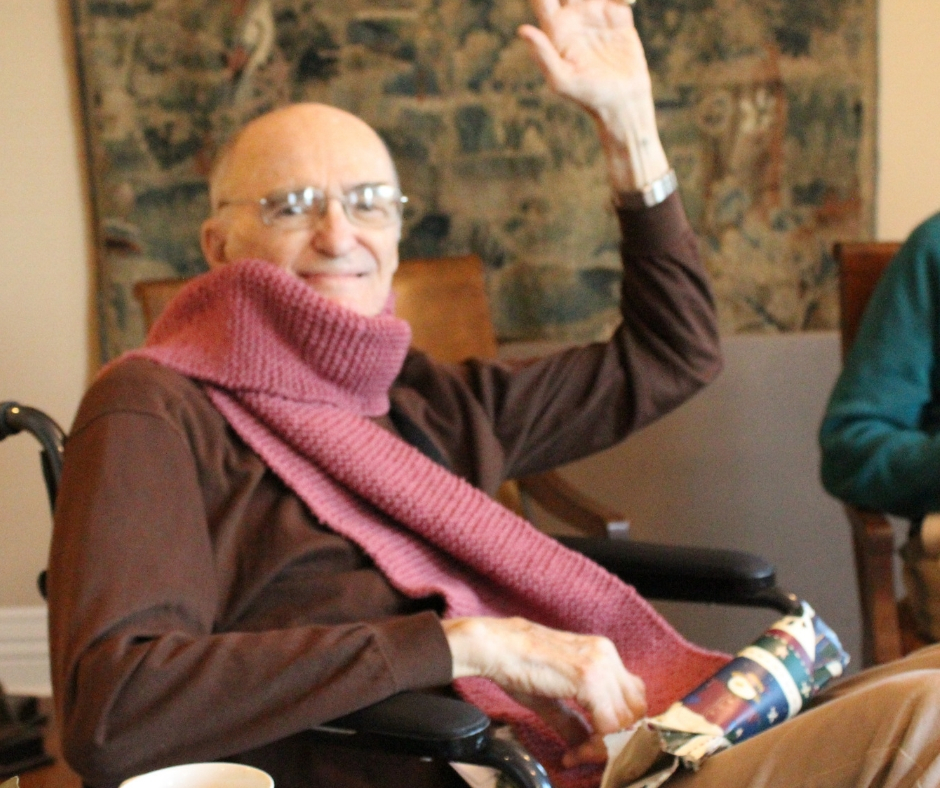 Mr. Infeld loved his scarf and thinks it will keep him very warm this winter. 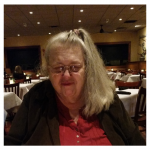 During this time, Burns shared she was part of the Fauquier Court House Chapter, Daughters of American Revolution (DAR).  As a service project, they formed a group of knitters (and crocheters) as an offshoot of an official group formed 100 years ago called Knit Your Bit. The official program is sponsored and run by the National World War II Museum in New Orleans and began in 1917.

Burns shared, “The program began as a way for loved ones to contribute to the war effort in WWI. As this is the 100th anniversary, I thought it was a good way to reaffirm our efforts to support veterans who have supported our freedoms so unselfishly.

She initially recommended the Fauquier Court House DAR chapter she is involved in participate in this program overall, but with a focus on local veterans. Her idea for the local effort came from an article she read in American Spirit (May/June 2018). 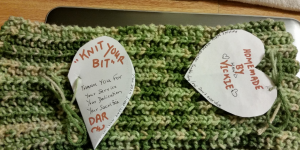 After reading the article, Burns submitted an article about the topic which was included in the October Newsletter of the DAR Chapter she belongs to. “I recruited knitters and crocheters to participate,” she said. “There are now 11 of us actively involved.” These talented individuals create both knitted and crocheted items for area veterans.

“The goal of Knit Your Bit is to supply retirees, veterans, disabled and otherwise, and all active duty service members with our items, but we chose to support retirees this time through Hero’s Bridge.” So, Eisele and Burns collaborated on ways to provide the creations to aging heroes in the community. Both women felt it was important to provide something useful and created from the heart to older veterans — especially around the holidays. 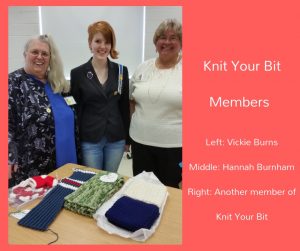 In mid-December, the talented women provided Hero’s Bridge graciously fashioned hats and scarves to give to some of the veterans the organization serves. “I am so thankful for Knit Your Bit’s handcrafted contributions. These women have an immense talent and have created something from the heart; I know our heroes will put the

scarves and hats to good use this winter,” said Eisele.

On December 19, 2019, Hero’s Bridge delivered these beautifully created items to seven veterans at The Villas at Suffield Meadow. “The veterans will enjoy them. I am so glad to share with our veterans this Christmas and always,” Burns said.

The heroes who received these handmade delights are so appreciative of the hats and scarves. The artistic individual gems from Knit Your Bit have most definitely spread cheer and warmth this holiday season. 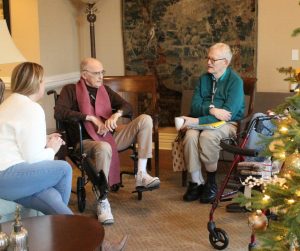 Veterans at The Villa at Suffield Meadow enjoyed the holiday celebration. 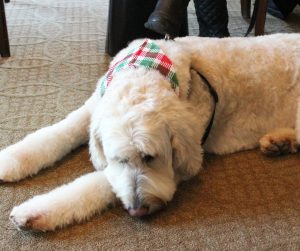 Rowdy, a Paw Patrol member, also enjoyed the festivities surrounding the gift-giving from Knit Your Bit and Hero’s Bridge. 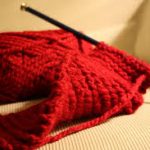 For more information on Knit Your Bit, there is a photo essay (The Wool Brigades of World War I: When Knitting was a Patriotic Duty – July 2017) which may be found at Atlasobscura.