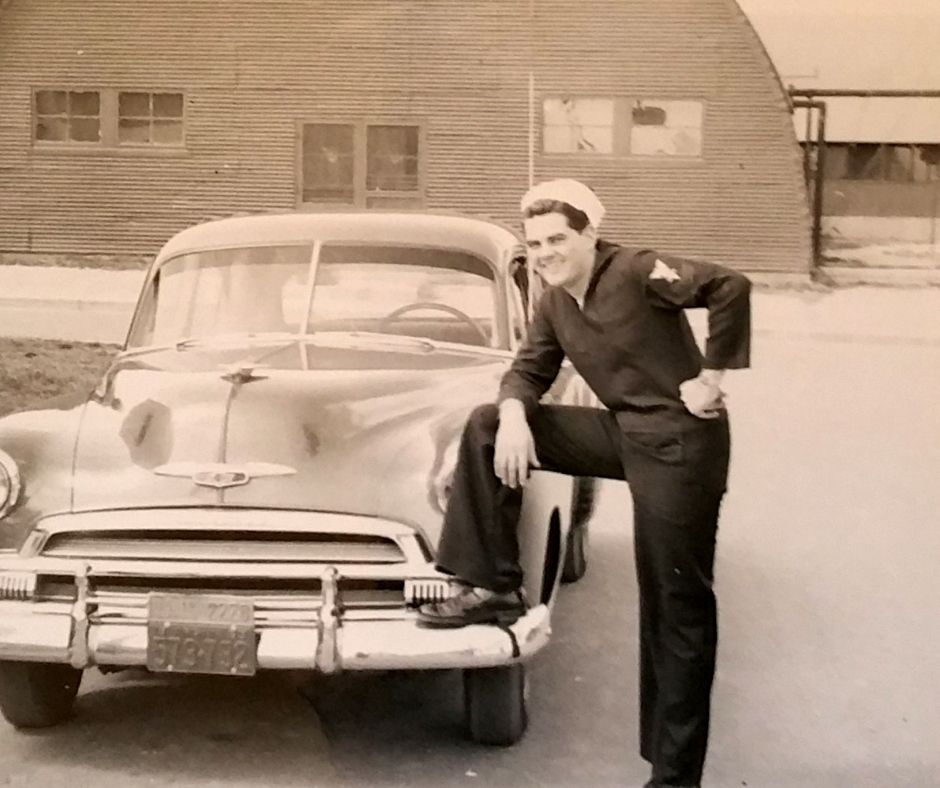 Dick Westlake served in the US Navy from May 1947 to September 1955. He served over eight years and achieved the rank of Petty Officer First Class Corpsman (HM1).

While on active duty Dick served on two MSTS transport ships, a Navy cargo ship and in both Navy and Marine Corps hospitals and medical dispensaries at shore stations. He was deployed across the Pacific on troop transport vessels and cargo ships, and was involved in the transport of servicemen and women throughout the theater, including evacuations of wounded during the Korean War. 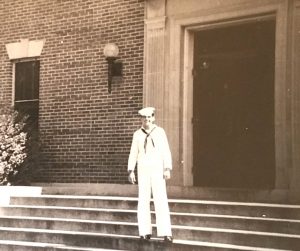 Dick Westlake as a Navy Corpsman in front of medics dispensary at Quantico, VA.

After he was discharged from the Navy, Dick settled in Virginia and married his wife, Viola, They raised their children and have been married now for 60 years. Over the years, Dick was successful in his professional life, where he worked in insurance, real estate and local radio broadcasting.

Although Dick’s active duty status has been over for some time, he has honored the community with his local efforts of service. He is an active member of Warrenton’s VFW Post 9835, and served as as Post Commander. Dick’s other community service activities include Lions Club and Chamber of Commerce. His dedication to service is outstanding and we salute him for all he has contributed and continues to do for the community. 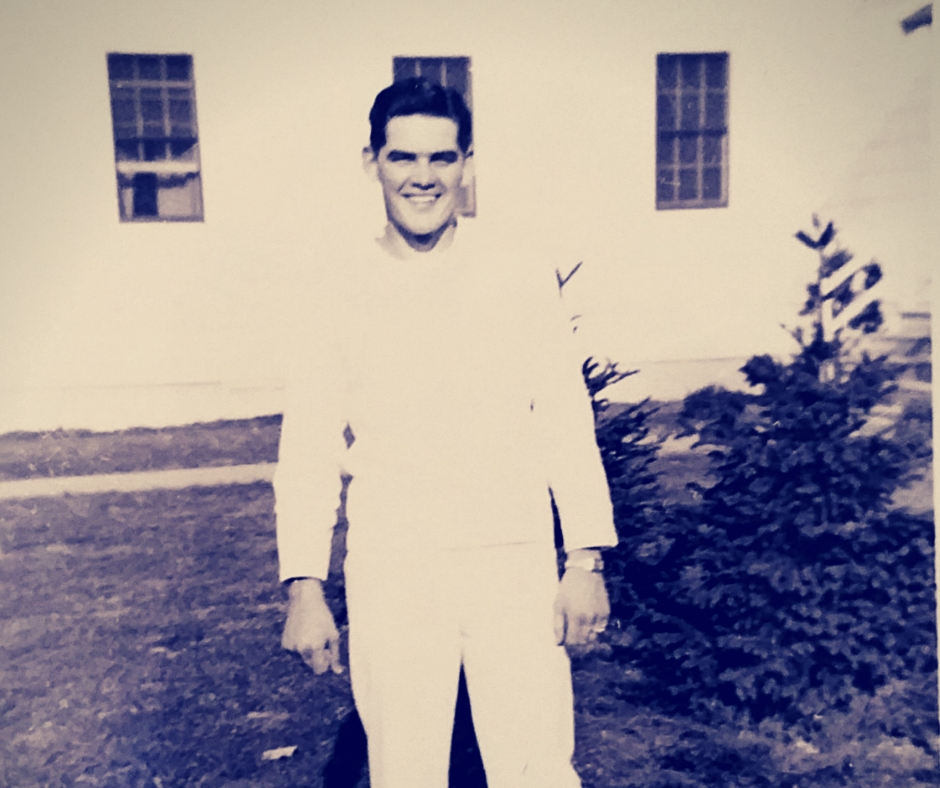