Much of Hero’s Bridge built right here in Rappahannock 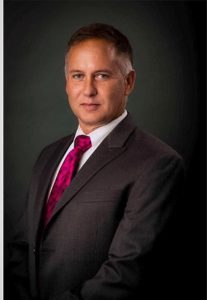 Retired Lieutenant Colonel David Benhoff lives with his wife, Jen, on a picturesque farm in Boston. A U.S. Marine Corps veteran and former intelligence officer, he ranks up there with the best of military field historians.

He served three combat tours of duty in Afghanistan, Iraq and Panama — 26 years of service — and upon retirement in 2012, like so many other veterans, it was time for him to discover his new life’s mission, something to nourish his soul.

But fate would intervene and David one day found himself assisting a Korean War veteran who was having difficulty navigating the VA system, from managing his health care to handling life’s basic needs. Hungering for an opportunity to make a difference he responded to an ad from Capital Caring, a nonprofit specializing in palliative care for service veterans in their final days, among other services.

They were searching for somebody with military experience to work closely with vet patients, he says. Not surprisingly, he was hired on the spot. Read the full article in Rappahannock News.