Vietnam Vet and his wife appreciate compassion and generosity from strangers 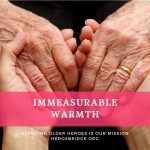 February is a cold month, even by Virginia standards, but Vietnam Army veteran Robert Valese (Bob) lives in New Jersey where winters are slightly colder than here in the Commonwealth. Bob and his wife endured a majority of the 2018 winter without a working heater in their home, and thankfully he turned to Hero’s Bridge for assistance. 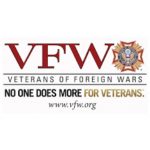 Hero’s Bridge president Molly Brooks received a call from Bob , who is 78 years old. He learned about Hero’s Bridge through the national VFW organization. Although Bob is a member of his local VFW (for over 25 years), he decided to turn to the national organization for assistance, instead of turning to local members and friends for help when his boiler stopped working.

Hero’s Bridge learned Bob spent about 14 months in Vietnam. He was a corpsman and it was a very emotional 14 months for him. “I was going out in choppers and bringing in casualties and giving last rites,” he said. 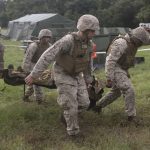 He was emotional as he also shared two of his cousins served in Vietnam as well. “I now belong to the local American Legion and VFW posts, and even recently went to a disabled vet meeting with my cousins,” said Bob. “In Holmdel [NJ], we have a Vietnam memorial wall and they are trying to put photos with all the names. I hope it goes through.”

Although Bob still experiences the painful memories of his service, he now tries to remember and honor other veterans through his work with the local Legion and VFW. He is a giver and now he and his wife have been on the receiving end of the “giving.”

When asked what he would like people to know about his service he said, “I would like people to know my time spent in vietnam was very emotional and it was a time I helped lives to get into the hospital area right away; I thank god for the lives I saved,” Bob said. Now, he and his wife are on the receiving end of help — which he dedicated his service to during Vietnam.

Bob was dismayed at the cost for a new boiler which was over $4,000. When he spoke with Hero’s Bridge, he relayed all this information and the fact they didn’t have the funds to purchase a new heater. Molly earnestly began contacting heating and repair organizations in Bob ’s immediate area which claimed they provided assistance to veterans. Unfortunately, she was unsuccessful in finding a local business to assist Robert.

“His case was quite an emotional roller coaster for me… as it was very difficult to get anyone to care and it was the middle of winter,” shared Molly. “I also knew that Bobby, at 78 years old, was having to haul buckets of water from the leaky boiler in the basement, up several stairs to be dumped outside.”

Concern for Bob  and his wife drove Molly to find another solution. Undeterred, she turned to Home Depot Foundation and The Home Depot Foundation for a grant. She learned an estimate from a contractor was necessary for the grant application, so Molly arranged for Arctic Air to visit and provide an estimate and obtained the necessary information to complete the grant application process. Molly was finally able to submit the request for funds to Team Depot on March 22, 2018.

Molly said, “Once I submitted the grant, I learned it could be six weeks before we would hear anything. I didn’t have the best feeling about getting the funds for Bob.”

Also around this time, Bob had called and said the bucket system failed and his entire basement had flooded. He said, “I had a technician come in and spent some money to provide temporary heat at least.” 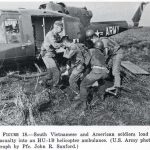 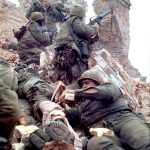 “On April 30, I was notified The Home Depot Foundation approved a $5,000 grant,” said Molly.  “Once I knew this, I reached out to Arctic Air, the local contractor who supplied the estimate of $7,000 for Robert’s boiler, and was able to convince them to order and install the unit for the amount awarded through the grant. “We are so grateful to Artic Air who graciously did the work, basically for free, because the grant barely covered the cost of the boiler,” she said

Molly kept following up with the local contractor, as she was concerned about Bob and the lack of heat for most of the winter. “Finally, on June 1, Robert’s new boiler was installed, and he was so happy and appreciative,” shared Molly. “I plan on traveling to NJ to meet Bob and his wife in person this fall. He is just the nicest guy.”

Bob said, “When they came out to replace the heater, we knew it was the original boiler from 1947 when the home was built. As they were taking it out, it actually collapsed onto the floor. It was unbelievable ‒ 74 years old.”

“I’m glad I met Molly and she went out of her way, I thank Hero’s Bridge. I couldn’t ask for better ‒ talking to nice people with compassion and Molly was so kind and helpful,” he said. The kindness from Team Depot, Artic Air, and especially Hero’s Bridge has meant to a great deal to him and his wife. Hero’s Bridge wishes the Valese family a warm winter season this year and many, many more to come.