A small bottle of Evan Williams bourbon and a pumpkin pie sit on the table; a gift waiting to be given to an aging veteran. Our volunteers don’t usually bring alcohol to veterans but in Charlie’s case it kept him from paying an unscrupulous “friend” $50 to bring him a bottle. Sadly, after decades of using alcohol as a coping mechanism, nothing was going to save Charlie from this particular demon. Bobby, Molly’s husband, tried to reach Charlie for several weeks to arrange a visit.

It wasn’t uncommon for Charlie to miss a call or take a few days to get back to Bobby, but the silence grew too long. Bobby planned to stop by Charlie’s apartment after work one day to check on him and bring him the small gift when Molly’s many years in hospice care caused her to have a sense of foreboding about the situation. She searched the obituaries and found her suspicion confirmed. She called Bobby and said “I’m sorry, but we’ve lost Charlie.”

This burden of regret is one that Molly has come to accept. For all the days, weeks, months, and even years that she and Bobby met with Charlie to brighten an otherwise gloomy existence, without the Village no one can ever be there every day. Battle Buddy Janelle Huffman also lost a veteran under similar circumstances earlier this year. He passed alone in his trailer that was falling down around him.

Molly was introduced to Charlie in 2017 when Hero’s Bridge, just one year old at the time, received a call from a VA case worker with the referral for care for a veteran with limited mobility and overall weakness.

They wanted to know if Hero’s Bridge could help. While Charlie’s geographic location was far from the footprint of Hero’s Bridge, it was just a few miles from Bobby’s office and his situation was so lonely and sad, that Molly couldn’t say no.

Over the past four years, Charlie became close to Molly and Bobby. The 75-year-old Vietnam Veteran had a fondness for pumpkin pie, and they made sure to bring it to him during the holidays. Over the years, Bobby would help Charlie with his television or phone that were more complicated to use than they used to be.

Charlie was always happy to see Molly and Bobby, who were the only company he ever had. On Valentine’s Day, Molly made a special trip to see Charlie and bring him some chocolate and a plant. She told him he needed something to take care of. When his beloved Washington Nationals finally won the World Series they quickly took him a World Champions hat and hoodie. 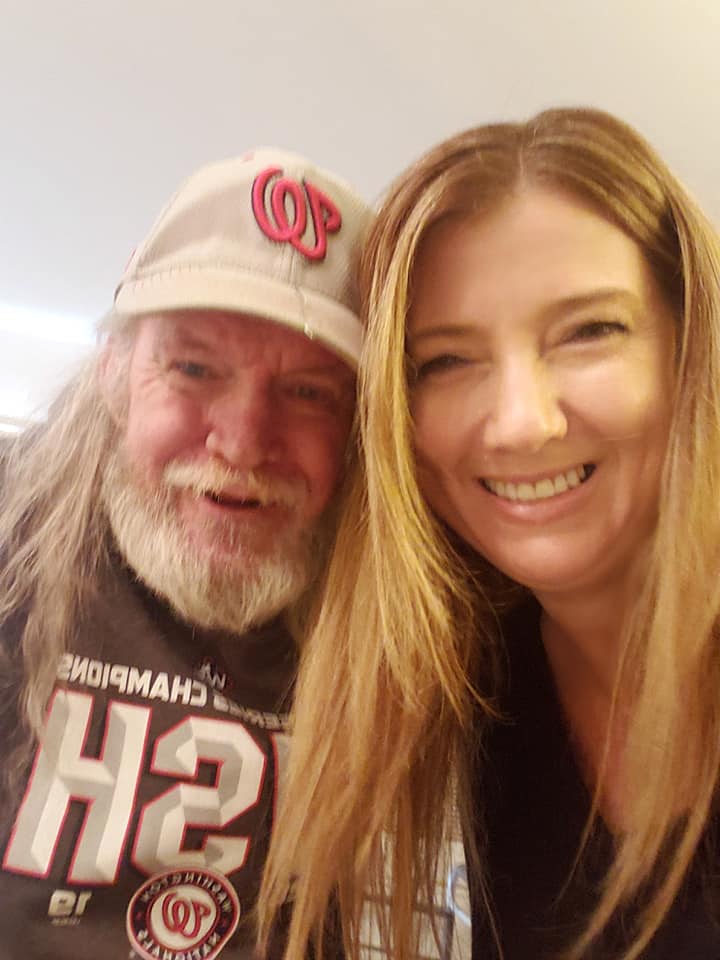 Charlie was also a source of inspiration for Hero’s Bridge Veterans Village. While his apartment building showed well from the exterior, once inside a different story unfolded. Charlie’s apartment was unfit for occupation, but he had nowhere else to go and no one to help him clean. Charlie agreed to have his apartment featured in the Hero’s Bridge documentary to advocate for the need for a Veteran’s Village. With each visit he would always ask, “When is that Village going to be ready?”

While Charlie’s final moments were not what she wanted for him, Molly is comforted by the fact that Charlie never stopped serving his country. Even though he may never have realized it, Charlie is still helping to shape a better future for aging veterans. He and all our other veterans in need of better housing and supports keep us moving forward on the project even on the hard days.
See Charlie’s Living Conditions