An Inspiration to All 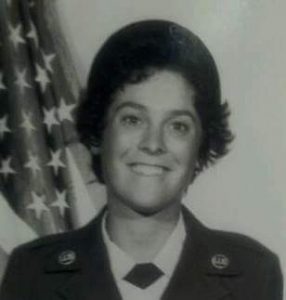 Jennifer Bowman is a volunteer with Hero’s Bridge and the Senior Vice Commander of Warrenton VFW Post 9835. Jennifer is also a Cold War Veteran and was a Staff Sergeant US Air Force who served from 1980-1987. Plus, she graciously dedicates countless hours of service to Hero’s Bridge to help older veterans in the area.

Jennifer participates in several collaborative efforts between Hero’s Bridge and Warrenton VFW Post. She attends monthly socials for veterans at the Villas at Suffield Meadows and conducts interviews to record oral history of aging veterans in the collaborative efforts of the VFW to support the Veterans History Project for the Library of Congress. Her steadfast commitment to serving veterans in the community stems from her own life experiences.

She served in the U.S. Air Force (USAF) and first considered joining the military to improve her teeth — yes her teeth — since she didn’t have dental coverage at the time and really wanted clean, healthy teeth. This led her to a recruiter to discuss medical benefits and one thing led to another, but ultimately found she was very interested in a military career. Jennifer took an aptitude test and found she scored high in electronics prior to joining the USAF. 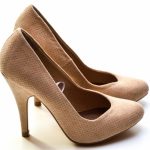 Once she enlisted, the recruiter told her to wear high heels when she left for training at Lackland AFB in San Antonio, TX. “The next thing I knew I was on a plane to San Antonio in high heels! I even had to march in heels for days because uniforms were not assigned for a few days after we got there. There weren’t many female recruits, so I guess that’s why the recruiter told me to wear heels,” said Jennifer with a smile.

At Lackland AFB she faced her first obstacle — basic training. She admitted it “was the most gruelling aspect” of her time there. Jennifer also shared she was not an athlete prior to joining and found the monkey bars and obstacle course very difficult to master. Although she faced this challenge head-on, she found something she excelled in and actually loved — linguistics.

“At basic training, volunteers were asked to take the DLAB test which uses a language similar to Esperanto. You listen to recordings to see if you can translate what is being discussed,” she shared. Only those with an aptitude for languages were invited to participate in the Defense Language Institute and Jennifer was one of those individuals. She went on to study the Russian language intensively for 47 weeks, 6 hours per day at the Defense Language Institute, located in Monterey California.

“If you passed the DLAB, you were then offered a chance to attend the course. This was the initial weeding out process… some recruits left the program through attrition during the actual linguistics training, which was very hard; there was about an 80 percent attrition rate,” she said. 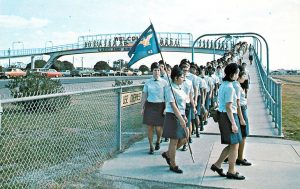 After intensive training, Jennifer became a Russian Cryptologic Linguist and served in West Berlin, during a time the Berlin Wall remained intact, separating East and West Berlin. While there she met her husband (also was in linguistics) and was exposed to many experiences. Her stories are very interesting, but when asked about her first “listening” experience she laughed and said, “I remember I had an entire day of training in linguistics in order to learn Russian swear words, and one of the very first things I heard was one Russian telling another soldier words I am unable to repeat at this time!”

She served in the military during a time when the number of females serving the country are much less than the numbers who serve today. Her advice to women considering a military career is simple: “Do it! It is so great. You get to travel, get all the medical benefits, and you get to learn new things; it is something remarkable.”

For all the women thinking about a military career, Jennifer suggested, “Speak to a recruiter or research online. Find out what your aptitudes are, but there is no limit to your career options; there is engineering, electronics, medical, industry, environmental, and even musical careers.”

Jennifer is a huge fan of presidential biographies and admits she has read at least 14 biographies, not one of which stands out as her favorite. Some of the former presidents who she looks up to include: Coolidge, John Adams, and Truman.

Her life, and her family’s life, have been dedicated to serving citizens of this nation. Her husband served alongside of her, her one son fought in Afghanistan, and her other son is in law enforcement. Throughout her service she found a common thread: “The military personnel all are open-minded individuals who are there to do the same thing — serve our country.”

When asked about what her service personally meant to her she said, “I was proud to be a very small cog in our post-war mission in Europe. Proud to help stem the tide of Communism that had washed over Eastern Europe; to stand fast surrounded by opposition.”

To learn more about Jennifer read her article on the VFW’s website. Her piece is a first-hand account of one of her experiences in Berlin. Her words are descriptive and insightful. Click here if you wish read her story.